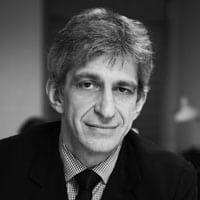 Soon after I embarked on my Frank Miller Lumber architectural marketing journey, I connected with KPF (Kohn Pedersen Fox Architects) in New York.  I have presented my AIA “Quartersawn Hardwoods” course to nearly 100 of the designers and architects in their offices in New York.  Over the past 4 years I have assisted many KPF design teams with all manner of hardwood issues.  Several years ago, Frank Miller Lumber was given the opportunity to provide quartersawn white oak for the flooring in an apartment owned by Paul Katz, Managing Principal of KPF.  Tony Chi, one of the leading interior designers in New York, designed the interior space. Jon Boulay of Wilson Woodworks, a high-end custom flooring manufacturer, longtime customer and friend to Frank Miller Lumber, produced the flooring.  The flooring was finished and installed by Stephen Estrin and the crew from I. J. Pesier’s Sons, Inc. in New York.

To say that all of us at Frank Miller Lumber were honored to be a part of this small but noteworthy project would be a vast understatement.  I use photographs of the finished space in my AIA presentation because it is such a spectacular representation of the use of quartersawn white oak.  Tony Chi and Paul Katz were very happy with the outcome, which is the most important aspect of a project like this.  This past year, Paul moved on to Phase II, the renovation of an adjoining apartment he recently purchased.  Once again we were involved from the beginning.

Frank Miller Lumber provided the quartersawn white oak while Wilson Woodworks and I. J. Peiser’s Sons produced and installed the flooring.  As recently as last summer I had an email exchange with Paul Katz and he was kind enough to write this:  “Many thanks for helping with my apartment and ensuring we get wonderful material and I hope to see you again whether in New York or beyond.”  Knowing that I had recently battled cancer, he said that he was “delighted” that I am in “good shape again”.  It is a sad irony that a few months after he gave me his good wishes after my battle with cancer, he entered and lost a battle with the same disease.

I have been profoundly impacted by this man and deeply mourn his passing.  All of us at Frank Miller Lumber extend our most sincere condolences to Paul’s family and colleagues at KPF.  I could paraphrase several obituary tributes about Paul, but I will simply, and with the utmost respect, quote from the tribute found on KPF’s website.

“On November 20, 2014, Kohn Pedersen Fox Managing Principal Paul Katz passed away unexpectedly, after a short but valiant battle with cancer. Since joining KPF in 1984, Mr. Katz oversaw some of the most exciting and innovative projects undertaken by any firm in the world and played a crucial role in the firm’s development into a leader in global architectural practice.

Mr. Katz focused on architectural issues of urban density and the important role of high rise structures as the building type of our century. Designing and managing award-winning projects in the U.S., Europe, and Asia, he was at the forefront of the globalization of the architectural profession over the last 29 years. He was a strong advocate of the social and artistic merits of the high rise building, particularly in the rapidly growing cities of Asia, but also in New York, London and other American and European cities. Paul worked on Hudson Yards in New York for The Related Companies along with his colleagues at KPF, a development that utilizes many of the concepts developed on projects elsewhere over the past 29 years.

Perhaps the most significant building enterprise Mr. Katz was responsible for is the Roppongi Hills Project in Tokyo, on which he worked for 14 years. Completed in 2004, the 11-acre project comprises over 6 million square feet, constituting one of the largest mixed- use projects anywhere; its design and realization set a new direction for property development in the global cities of Asia and elsewhere. Designed for Mr. Minoru Mori, this project led directly to the commission of what would become the tallest building in China, the Shanghai World Financial Center, completed in 2007. Following that project, Mr. Katz oversaw the completion of the International Commerce Centre (ICC), the tallest building in Hong Kong.

For many years, Mr. Katz taught a summer course on office building design at the Harvard Graduate School of Design. He was a frequent lecturer at numerous events and conferences in the United States, in Asia, and around the world. He had also taught a design studio at the Yale School of Architecture. With KPF’s A. Eugene Kohn, he co-authored a book, Building Type Basics for Office Buildings, published by Wiley in 2002. His architectural studies began in his native Cape Town, South Africa, and he received degrees in architecture from both the Israel Institute of Technology and Princeton University.”